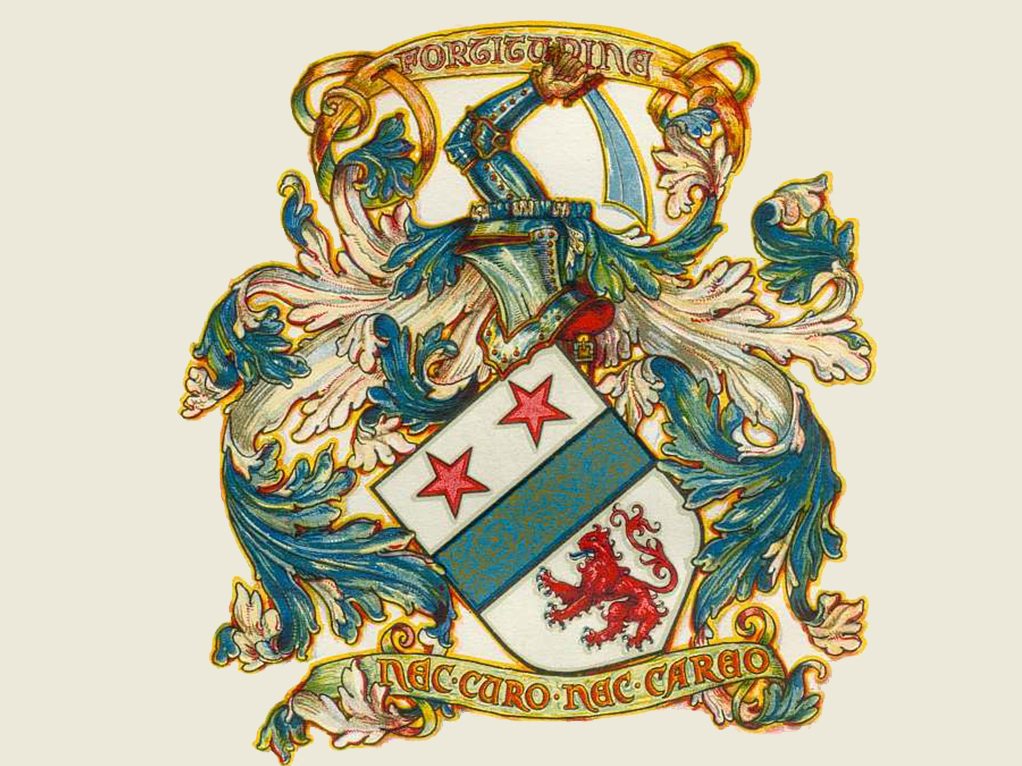 Armorial Honours: “Ar. a fess betw. three mullets in chief and a lion ramp. in base gu.” officially documented in Burke’s General Armory. When translated, “Silver, a red middle third between three red stars in the upper third and a red lion attacking in base.” Above the shield and helmet END_OF_DOCUMENT_TOKEN_TO_BE_REPLACED