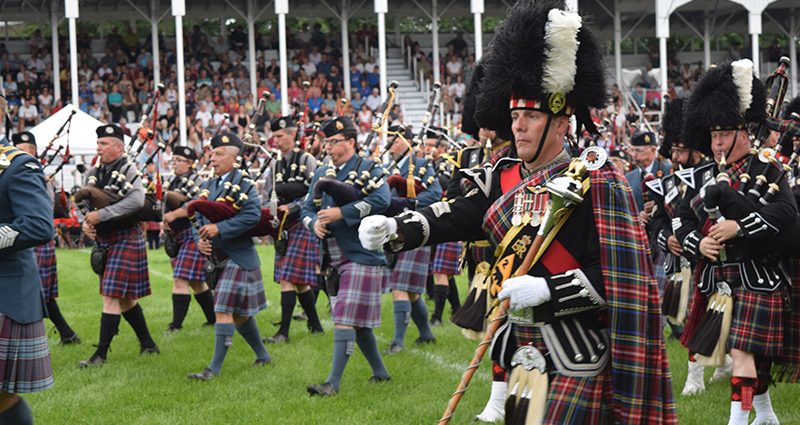 The History of Scottish Gatherings and Games

Long before colonists began to settle the New World, Scotland had a lengthy history and culture. In Scotland, Heavy Athletics Events were already being held at least 1,000 years ago! Historians believe that some of the Heavy Events originated during Druid times. Heavy Events began as tests of strength and conditioning for Scottish troops. A tree trunk would be made into a caber and tossed by the strongest military men. Smooth rocks from river beds would be heaved for distance. Lead weights would be tossed underhand over a bar more than twice as high as the athlete. The competitor who accumulated the most points from the contests would be the Heavy Events Champion.

The first historical references to the Heavy Events were during the reign of King Malcolm III (1057-1093). The Ceres Games of Fife, Scotland, are considered the oldest, continuous Highland Games, beginning in 1314. The English Government, during the Act of Proscription years (1746-82), however, outlawed all Highland Games, including the Ceres Games. The Act banned all Scottish culture, including the wearing of kilts and the playing of bagpipes! The Ceres Games also were not held during World War I and World War II. Even with these interruptions, the Ceres Games have been held annually for nearly 650 years! Over the centuries, the Heavy Events evolved from military exercises into festivals for the Scottish public. With the addition of dancing, music, food and drink, the Highland Games were born. Surprisingly, most Highland dancers in the early years of the Highland Games were men. Over the years, however, more and more women competed in Highland dancing. Today, it is unusual to find more than a couple of men in a Highland dancing competition. Just as women began competing in Highland dancing, they also began competing as drum majors, in individual piping and drumming championships, and, most dramatically, in the Heavy Events. Sausalito’s own Shannon Hartnett broke the gender line by convincing Heavy Events organizers to allow women to compete, although only against other women. Hartnett won every competition she entered and has been the U.S. Women’s Heavy Events Champion since women began competing in the Caledonian Club’s games.

Now, Highland Games are held annually wherever there are enough Scots to produce an event; it is a traditional method of passing Scottish culture from generation to generation. During the past few generations, Highland Games have evolved into ticketed festivals. Games are held throughout the U.S., Canada, Europe, Australia, New Zealand, and elsewhere. Credit: thescottishgames.com

With the Highland Games & Festivals links we provide links to a number of Scottish and Celtic games and festivals. Please contact omacrae@telus.net if you are aware of other links that should be included! For a more complete list of Games and Festivals we recommend the following: http://www.topeventscanada.com/canada-events-festivals-themes-canada-scottish-highland-games.html http://www.clanscottsociety.org/linked/ScottishEventsNA.html