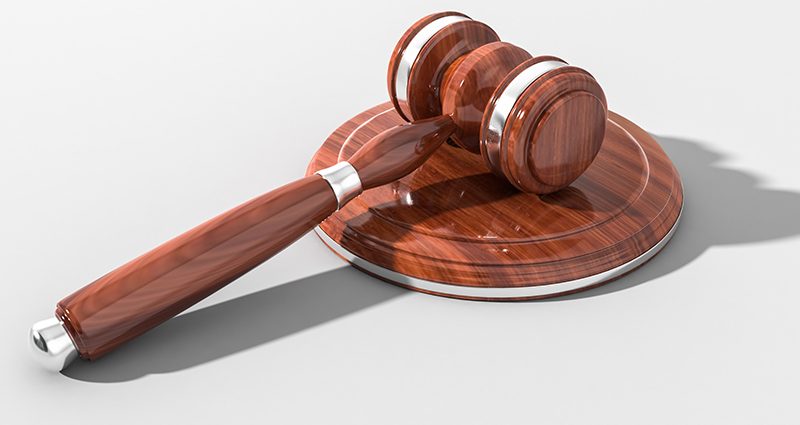 The Petitioner in this case, Sir Colin G. Macrae, stated that he was the eldest male representative of the deceased Colin Macrae of Inverinate, that he ‘ and his ancestors as Chiefs of the Clan MacRae have used certain armorial ensigns from a period long anterior to the passing of the Act of Parliament, 1672, cap. 47, but that the same have never been recorded in the Public Register of An Arms and Bearings in Scotland in terms of the said statute.’He therefore prayed that the Lyon would grant warrant to the Lyon Clerk to matriculate ‘ the ensigns armorial above indicated in name of the Petitioner as Chief of the Clan MacRae.’

The Court sustained the Respondent’s locus ‘ in so far as his right to be heard on the question of the existence of the clan Macrae and its chiefship.’

On the merits the Petitioner produced a declaration of his chiefship signed by a number of persons of the surname of Macrae, which he stated represented the vast majority of the Clan. He also produced other evidence of his accepted position, and to prove that in the past Macrae of Inverinate was the chief or head (Ceann) of the clan (Fine or Cinnidh), being called in Gaelic Ceann Fine and Ceann Cinnidh, both titles meaning that he was chief of a clan; and, separatim, that he was head of the chief family of the name Macrae. To prove the nature of the arms of Macrae, and their use before 1672, he pointed to the Porteous manuscript in Lyon Office, in which they occur, and argued that the arms of Macrae, without any qualification, were necessarily the arms of the Chief of the name.

The Respondent led evidence to show that the opinion of the Petitioner’s chiefship was not unanimous; and that Clan MacRae in the past was notoriously a clan which had no chief other than Seaforth; and argued that Clan MacRae was a clan only in a popular sense.

Lyon pronounced judgement as follows: ‘The Lord Lyon King of Arms having ‘ taken the proof and heard Counsel for the parties thereon, Finds that the Petitioner has failed to prove user of arms or supporters previous to the passing of the Act,’ concerning the privileges of the Office of Lyon King-at-Arms, ‘ 1672, cap. 217, Refuses the prayer of the Petition, and Decerns.’ His Lordship’s Note accompanying the judgement is as follows:

Note. This is a petition for a matriculation of arms by Sir Colin Macrae, representing the old family of Inverinate. The term ‘ matriculation of arms ‘ is used in the ordinary practice of the Lyon Court to denote (a) the registration, by a cadet, of a coat of arms which has been already recorded by an ancestor in his own name with a suitable difference, if necessary, or (b) the registration in the present Lyon Register of ‘ a coat which has been used by the family of the applicant previous to 1672, but which has not been recorded in terms of the Act of that year, which required all persons who claimed arms to give the same in to the Lyon, in order that they might be recorded in his books. The only other way of recording arms is by applying for a new grant or patent, which the Lyon is bound to give to all ‘ virtuous and well deserving persons.’ As the Petitioner does not aver that he is a cadet, but, on the contrary, that he represents the senior line of the Macrae family or clan, it is evident that he can only ask for a matriculation on the ground of user of arms before 1672.

The question of arms is the first point which I must take into consideration, because under the terms of the Petition it is not a matter of pedigree which is primarily involved, still less is it one of the Chiefship of a clan with which this Court is concerned only so far as it might be the warrant for a matriculation of supporters. It is a singular fact that this question of arms, the most important, so far as I am concerned, should have been relegated to a very minor place both in the proof itself and in the speeches of Counsel. But it forms the only reason why parties can appear before me at all, and it is, therefore, obvious that it must be considered first. The Petitioner, according to the rules of this Court, must prove user of arms before 1672 by his direct ancestors. In support of his claim he produces an entry of arms in an armorial MS. in the Lyon Office, originally compiled by Porteous, who was Snowdoun Herald in 1661. The entry is for Macreach (or perhaps Macreath), Argent, a fess between three mullets in chief and a lion rampant in base gules. It is not assigned to any particular individual, but, like several other entries in the same MS., has a more general name attached. I may take it, however, that Porteous was satisfied that in his day these arms were borne by some one of the name of Macrae (I do not attach any weight to the contention for the Respondent that Macreach meant anything else than Macrae), though it is a singular circumstance that it is only in this armorial MS. that any mention of such arms can be found before 1672. The coat, of which the blazon is given above, is somewhat suggestive. It is not in the least like any arms borne by other West Highland clans. But in the course of the proof it was shown, and I have no reason to doubt the accuracy of the assertion, that the Macraes came originally from Clunes, a place a little to the west of Inverness. Now this is just the part of the country where armorial bearings having stars or mullets as their chief charge might be expected to appear. The great house of Moray bore azure three stars argent, while that of Innes reversed the tinctures and bore argent three stars azure. The Dallas family, too, who were inhabitants of the neighbouring district, bore stars in some form or other on their shield and the coat assigned by Lyon to General Sir Thomas Dallas, K.C.B., in 181 5, bears a close resemblance to that of Macrae as given by Porteous, argent a fess between five mullets of six points, three in chief and two in base gules. This is exactly the Macrae coat, save that a lion rampant has been substituted for the mullets in base. The presumption therefore, is that some person of the name of Macrae bore that coat before the family left Clunes, and this shows (as indeed is admitted by both parties) that the date of 1200 given for the migration of the Macraes from Clunes to Kintail by the Rev. John MacCra must be much too early, as armorial bearings were at that time entirely unknown in the Highlands. By whom these arms were originally borne has not come out in the evidence; the first person of the name of Macrae who assumed them was probably a vassal of some of the great families who bore somewhat similar charges on their arms. It was quite a common practice for the arms of vassals to be founded on those of their superiors, even though there was no blood connection whatever.

Under the terms of the present Petition, it does not appear to me to be necessary to go into the further points in this case which have been raised during its discussion, but as the Petitioner would be quite entitled to present a new petition praying for a grant of arms and supporters as the Chief of the Clan MacRae, it may be convenient to allude to the question of supporters in relation to that of the Chiefship. It is an accepted fact in Scottish armorial law that Chiefs of Highland Clans are entitled to add supporters to their arms. The other classes of persons who are in right of such adjuncts are (a) Peers, and (b) lawful heirs male of the bodies of Minor Barons who held their lands from the King under a Barony title previous to 1587, when they sat in Parliament as Barons after that date they were relieved from attendance and a system of representation established. But as Mr. Tait, the then Lyon Depute, remarked to a Commission in 1821, ‘ persons having right on this ground will almost always have it established by ancient usage and the want of usage is a strong presumption against it.’ Cases, however, have occurred within recent years in which supporters have been granted to such representatives. As to Highland Chiefs, Sir George Mackenzie in his Treatise on Heraldry remarks, ‘I crave liberty to assert that all our chiefs of families and old Barons may use supporters,’ thus including in the privilege not only Chiefs of Clans, but the heads of any considerable families, and he goes on to quote specific instances, such as the Haliburtons, Fotheringhams, Irvines, etc. But Sir George seems to found their right more on ancient custom than anything else; ‘ these Chiefs have prescribed a right to use supporters and that such a right may be prescribed I have proved formerly, and what warrant is there for most of our rules in Heraldry but in aged custom? ‘ Mr. Tait says in the above mentioned report regarding the right of Chiefs of Clans to supporters, that they have generally such a right either as Barons (great or small) or by ancient usage. ‘ When any new claim is set up on such a ground it may be viewed with suspicion . . . it is very difficult to conceive a case in which a new claim of that kind could be admitted.’ Now in this case there is not an attempt to prove any ancient user of supporters. All that need now be asked would be a new grant of such, but to enable me to make this, I should require clearer proof of the existence of a chiefship than has been produced. There is no doubt a certain amount of popular belief in the district that the representative of the Inverinate branch is the Chief of the Clan MacRae but there is a great want of definite evidence to show what this belief was founded on.

Professor Mackinnon was examined as to a Gaelic Lament on the death of Farquhar Ban of Inverinate, who is said to be there described as ‘ Chief.’ The words used in the original were Ceann Fine. It is apparently the only known instance of Fine being employed to denote a Chief it being generally used as an expression for a Clan. There was much discussion as to difference in meaning between Ceann Cinnidh, Ceann Fine, and Ceann Tighe, but it is not necessary to go into them here. Had the Petitioner instead of coming to the Lyon Court gone to the Court of Session and asked for a Declarator that he was the Chief of the Clan MacRae, all this would have been much more to the point. But as he only asks for a matriculation of arms on the ground that his ancestors used them before 1672, and as I have found that he has not proved this, it does not appear to me that it is necessary for me to go into the question of Chiefship in detail. (END)

Reproduced and reprocessed by Peter MacRae, London 29/4/99 20:46:28
The author transcribed and retyped the Judgement in the 1909 Lyon Court case where Sir Colin Macrae was thwarted in his bid for Supporters and Arms (widely thought of but somewhat erroneously as the MacRae chiefship petition), and has republished it word for word from Lyon Court Records. The transcribed record was submitted to Clan MacRae Online (e-mail submission, April 29, 1999), and the complete contents are published with the kind permission of the author.