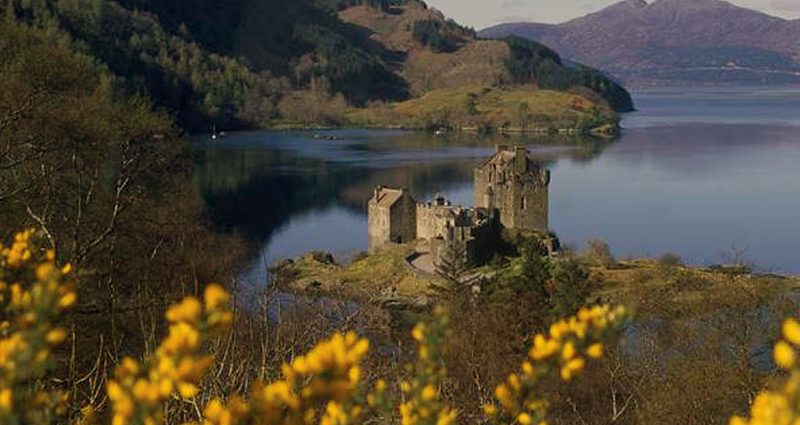 By Leslie A. McRae |

Origins of Surnames in Europe
Surnames as we know them today were first assumed in Europe from the 11th to the 15th centuries. They were not in use in England and Scotland before the Norman conquest of 1066, and were first found in the Domesday Book. The use of a second name, a custom introduced by the Normans (who themselves had adopted it not long before) became in course of time a mark of gentle blood, and it was deemed a disgrace for a gentleman to have but one single name as meaner (common) people had. It was not until the reign of Edward II (1307 – 1327) that the practice became general amongst all people in England. Surnames were adopted according to fairly general principles and can generally be divided into four classifications; local names are taken from place of origin. (e.g. Hill), occupational names denote the trade or profession of early users (e.g. Miller), nicknames describe mental or physical characteristics, clothes, etc. (e.g. Strong), patronymic names used a father’s first name as the last name of his son. (e.g. Duncan, son of John, or Duncan, John’s son).

Surnames in Ireland
Surnames were not used in Ireland until about the 10th century. Originally, they consisted of a patronymic with the father’s name preceded by ‘Mac’, son, or the grandfather’s name preceded by ‘O’ (originally ‘Ui’, grandson) for a male. These prefixes could also be followed by the title or occupation of the father or grandfather. The ‘O’ element was dropped by many Connaught families after the Cromwellian settlement but is retained by the gentry as a mark of distinction. Women originally used ‘ingen’ or ‘daughter of’ but this later became ‘nighean’ and was shortened to ‘ni’.

With the spread of Christianity, bynames incorporating ‘giolla’ or ‘maol’ (follower or devotee) developed. These are generally found in the forms ‘Gil-‘ or ‘Mul-‘ in modern Irish surnames. Others surnames originate amongst the various peoples who settled in Ireland such as the Vikings, Normans (invaded in 1171), Scots (Plantation of Ulster, 1611) and English (Cromwellian Settlement, 1650s).

British rule also led to the anglicising of many names and often the prefixes ‘O’ and ‘Mac’ were abandoned. Names were changed to those sounding similar in English or were direct translations of the original Gaelic.

Surnames in Scotland
From the 14th century on, the Lowlanders were mostly speakers of Scots (an English dialect) and the Highlanders of Gaelic. By the 15th century, bynames and nicknames were becoming inherited surnames in the Lowlands, and most people had a fixed family surname by the 16th century. In the Highlands, patronymics continued to be used regularly into the 17th century and sometimes later.

Until the 17th century, a woman always retained her own byname or surname on marriage and it was not common practice for her to adopt her husband’s name until the late 19th or early 20th centuries. Modern Scottish law tends to identify a woman by her original name.

Many Scottish clan and family names are preceded by Mac (son of) so were originally patronymics. Many surnames which are not recognised as a separate clan are associated with one (i.e., a sept) and are entitled to wear their chief’s tartan.

Of the name Macraith
Originally an old irish personal name; Macraith (MacGrath), the family with surname Macraith is still a recognized clan in Ireland. Two native Irish families adopted the name, one based on the borders of the modern counties of Donegal and Fermanagh, around Termon MacGrath, the other in Co Clare. The sept in County Clare were famous as hereditary poets to the ruling O’Brien family of Thomond. The sept on the borders of Donegal and Fermanagh was a `co-arb’ family. Comharba `heir’ denoted a situation where an abbot of a religious foundation, `the heir of the founder’, had become a lay-lord and his family held the property from father to son. The co-arb usually provided a priest for the abbey.

Neither area can claim to have large numbers of the surname today. The southern family spread eastwards, into counties Tipperary and Waterford, while the northern familys descendants are now mainly to be found in County Tyrone, where they settled around Ardstraw after being driven from their homeland by the O’Donnells.

Of the name MacGrath
The Gaelic MacGrath (pronounced magraw – the ‘th’ is silent in Gaelic), and its many variants: Magrath, MacGraw, Magra, comes from the Irish personal (first) name of MacRaith, originally from the personal name Rath (pronounced raw – the ‘th’ is silent), meaning ‘grace’ or ‘prosperity’. The name Macraith in its many forms is not patronymic, and was applied to men ‘endowed with more than an ordinary measure of sanctity or grace.’

The first written appearance of the name is found in The Annals of the Kingdom of Ireland by the Four Masters (AD 448) in reference to Macraith the Wise, a member of the household of St. Patrick.

In 1081 the Annals of the Four Masters record that Magrath O’Hagan, Lord of Cinel Fergus, was slain.

In the Book of Sullivans, MacRaith O Suilleabhain defends Mac Carthaigh, King of Munster in 1176. Henry II arrives to keep Strongbow in check; Strongbow submits and is granted the Kingdom of Leinster. Dermot McCarthy, King of Desmond, submits to Henry, and southern kings and bishops follow suit.

Macraith is mentioned frequently as a personal name in the Eoghanact Genealogies from The Book of Munster written in 1703 by Rev. Eugene O’Keeffe, Parish priest and Poet of Doneraile, North Cork

Clan MacRae Name Variants and Septs
The name sept is given to members of a Clan who do not share its name, although they may or may not be of the same blood. Within a Clan, following the Highland tradition of designating people by the names of their fathers, grandfathers, and sometimes more remote ancestors, other names could be used for certain family groups. The word Clann (or Clan) in Gaelic means “family” and there were many such groups who made no pretence to set up as major powers on their own, but who followed the local chief and became members of his Clan. Sometimes these smaller kindred were widely spread and their branches would follow different Chiefs. Very often the same name could come from a whole range of unrelated sources, particularly in the case of Mac-names, or patronymics, which mean “Son of”.

The following surnames are recognized by the Clan MacRae Society (UK) as official variants and sept names of the clan, with [Mc] or [M’] being acceptable in place of [Mac] in all cases:

Macraith is somewhat unusual in that it is a recognized sept name by both Clan MacRae and Clan Donald (Macdonald). Reference an Introduction to the Derivation of Scottish Surnames for more information regarding surname derivatives in Scotland.

Given (Personal) Naming Conventions
The following guidelines were often used for given or personal names. Although not “hard and fast” rules as such, they do provide some assistance to the family historian or genealogist for confirming possible family connections in support of other references or sources: