A Brief History of Clan MacRae 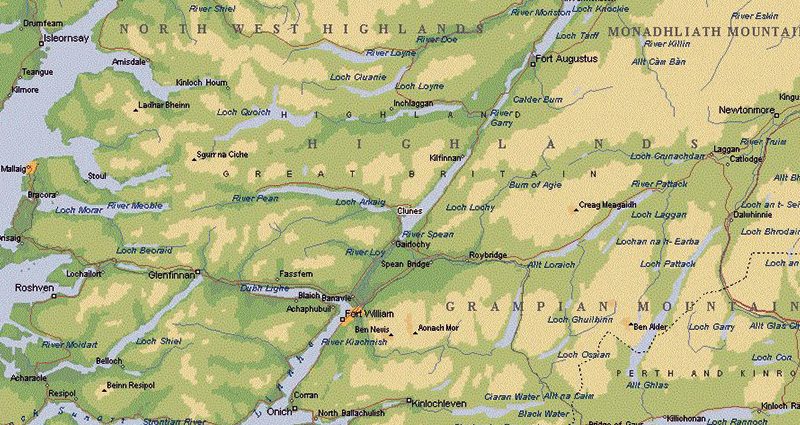 The name MacRae, frequently translated as Son of Grace, more properly refers to a person in an ecclesiastical/religious profession. MacRae, MacCrae, McCrea, MacRay, Mccree—regardless of the spelling in English or in Gaelic, it is all the same word.

The Clan MacRae came from Ireland to Clunes, Scotland (west of Inverness) during the 13th century or even earlier. It is probable that the MacRaes came to Scotland as Irish Christian missionaries, because of both the meaning of the name and the many MacRaes in high and low church offices throughout the centuries.

The Clann MacRath continued to exist in Ireland. They lived in counties Tipperary, Fermanagh, and Waterford, where many of them served as Bishops and Poets, and where later a John MacGrath was granted a baronetcy. While the majority of the references are to County Tipperary, it is stated that their castle ruins were to be found in County Waterford. A Captain Redmond MacGrath appears in King James’ Irish Army List of the late 17th century. We continue to be known for the same character traits and occupations today: fiercely loyal, devoutly religious, poetic.

While it has been said that the MacRaes had no chief but MacKenzie, the early registration of the Coat of Arms referred to by Lord Lyon in his Judgment of 1909 appears to indicate that the MacRaes were an armigerous family and likely had their own Chief from an early date, either at Clunes, Scotland or earlier still in Ireland.

The MacRaes of Clunes were on the estate of Lovat during the reign of King William the Lion, or before 1214 AD. At the time they were known as the Brazen Wall of Bisset. They possessed Clunes Easter and Wester, Acheyvaich, Obrioacheans, Kill-finan, Corrifoinos, Carrowgare, Kill-St. Ninian and Drumbuy in Urquhart.

The MacRaes of Clunes remained in eastern Scotland and several settled at Beauly Priory and the area known as the Black Isle where they formed an educated class of clergy, whose descendants became Provosts, Writers (attorneys) and public servants in the county of Ross at Chanonry/Fortrose and at Dingwall. They lived on or near the estate of Lovat. Bisset of Lovat’s daughter and heir was fostered in the home of MacRae of Clunes and when she married Fraser, thus forming the line Fraser of Lovat, the MacRaes continued to be supporters of the family and retained close bonds of friendship. This appears to be the senior branch of the family, as Lord Lyon noted that the first MacReath Coat of Arms was registered in the east not the west, as it bore devices customary in the area of Clunes and was not of the style of West Highland Clans.